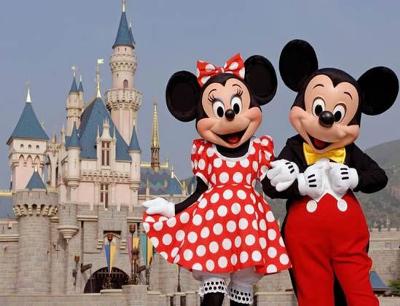 Disney world has been my 2nd home since my first months on God's green earth. I love this place. When I was about 8 or 9 in 2001, I remember looking up at the castle before the firework show in deep thought. The flickering of the golden lights in the various rooms were so amazing to me.

I always imagined which room Cinderella slept in and which one I would sleep in ( I choose the smallest looking window for my room, because it looked cozy from where I was standing.)

On my 16th birthday I went to Disney world. Earlier that summer I broke up with my boyfriend Will, because he was moving away from Florida to New York for college. The rest of his family was moving to Maryland, so there was no hope for me ever seeing him again.

I was still pretty bummed from the breakup one month later at Disney World. I still had the time of my life at the beautiful place though. Reuniting with the wonderful rides and atmosphere Disney provides helped me cope. It wasn't until night time reality would strike.

I looked up at the castle before the firework show. I noticed the golden hue from the castle windows like I did when I was 9 years old, and chose which room I would like to have. Then I heard a very familiar voice in the crowd. It wasn't my cousins or my Uncle. It was Will. He was asking his little sister which room would she like to have in the castle.

I looked at him with a smile, until he looked at me. His expression was priceless. He was so shocked and overjoyed he was just staring at me. We both walked toward each other without a word and hugged for at least five minutes. Then we kissed under the fireworks in front of the castle.

One year later, I am packing to go to NYU to major in photography. Will's college is only a couple of miles from mine, so we will see each other as much as we want. It wasn't until my senior prom (escorted by Will by surprise) he had already planned to see me that day at Disney.

Remember, I go every year on my birthday. Magic is real!!!

Join in and write your own page! It's easy to do. How? Simply click here to return to disney-travel-experience.